What are the new travel rules?

● Be fully vaccinated: a traveller must have received, and show proof of, the full series of a vaccine — or combination of vaccines — accepted by the Government of Canada at least 14 days prior to entering Canada
● Have a valid pre-arrival negative COVID-19 molecular test result taken no more than 72 hours before their scheduled flight or their arrival at the land border crossing. Antigen tests, often called “rapid tests,” are not accepted
● Be asymptomatic
● Submit their mandatory information via ArriveCAN (App or website), including proof of vaccination in English or French and a quarantine plan
● Be admissible under the Immigration and Refugee Protection Act,
● And take a test on arrival, if selected

There are also special requirements for travellers arriving from India or Morocco. Due to a recent surge in COVID-19 cases in both countries, the federal government has suspended all direct passenger flights from India until Sept. 21 and from Morocco until Sept. 29.

Currently, air passengers from those countries can only enter Canada if they show proof of a negative test taken in a different country and depart from that country to come to Canada.
All travellers arriving by air, land and water may be required to provide proof of their test result to a Government of Canada official when they arrive.

Vaccines not currently accepted for fully vaccinated status in Canada:

The list of accepted vaccines may expand in the future.

How to use ArriveCAN

Travelers using the App must ensure they have the most up-to-date version available. Travelers who are unable to show their ArriveCAN receipt on their mobile device, email or a printed copy will not be permitted to board their flight.

In addition to their ArriveCAN receipt, travelers must retain a copy (paper or electronic) of their COVID-19 molecular test results, proof of vaccination and the originals of any certified translations available for verification at the border and for 14 days following their entry to Canada.

If you received your vaccines outside Canada, it’s still accepted but proof of vaccination must be uploaded digitally in ArriveCAN and must only be in French or English, or certified translation into French or English.

In the press release announcing the opening of borders to international travelers, the government justifies their decision by stating that: “At each step of Canada’s phased approach to easing border measures, the public health indicators and importation of cases at the border and variants of concern among incoming travelers have been monitored. For instance, as the volume of travellers has increased in recent months, the border test positivity rate has remained low. Between August 9 and 26, the positivity rate for fully vaccinated travellers randomly selected for testing at the border was 0.19% (112 positive tests out of 58,878 completed). While cases are currently increasing in Canada, the illness severity and hospitalization rates remain manageable as Canada’s vaccination rates continue to rise. This data along with continued adherence to public health measures by Canadians and incoming travellers, means that Canada is better able to prevent outbreaks of infection and can now allow more incoming fully vaccinated travellers without increasing the risk to the health and safety of Canadians.”

For more information on the requirements to enter Canada, you can visit the Government of Canada’s website. 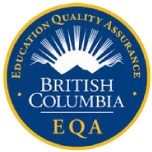 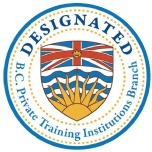